The Fish That Got Away: Nursing Home Robots

The wind is up today.
People go crazy when it's windy.
So do cats in trees.
And Robots in Nursing Homes.
Here's Ralph telling Roger
How big the fish once was.
The one he caught just before he went rusty.
(Illustration from: The Year I went Rusty, and Other Robot Nursing Home Stories.) 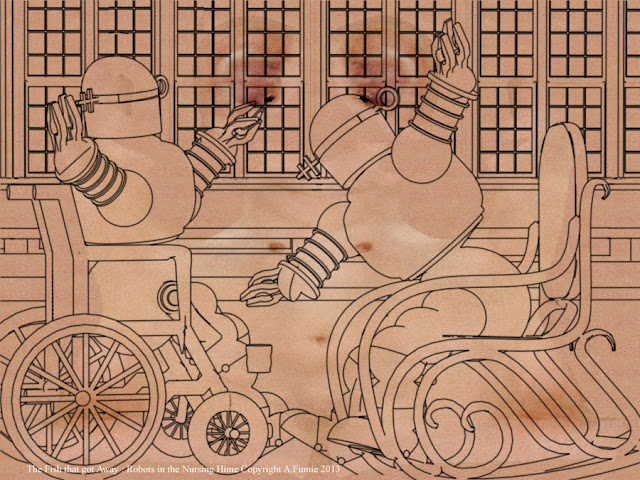 Here's the photoshoot Negs, just to prove it's true. 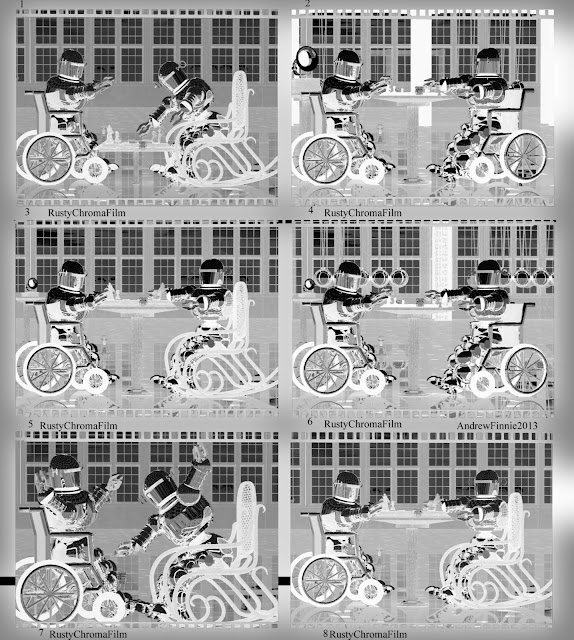 My Dark room work is not what it used to be. 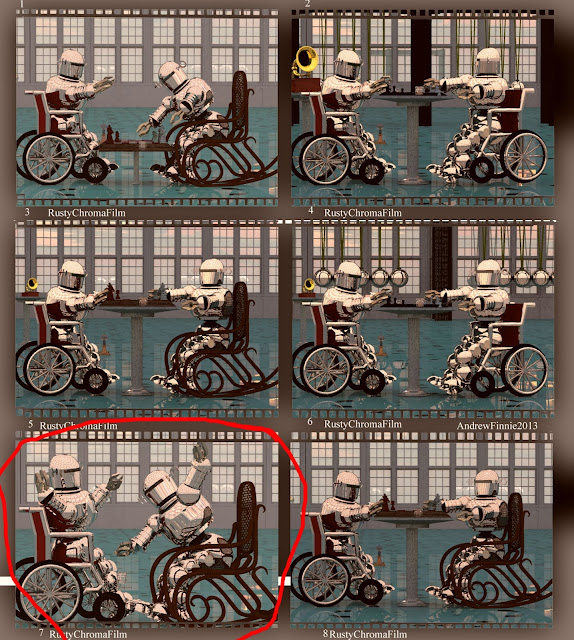 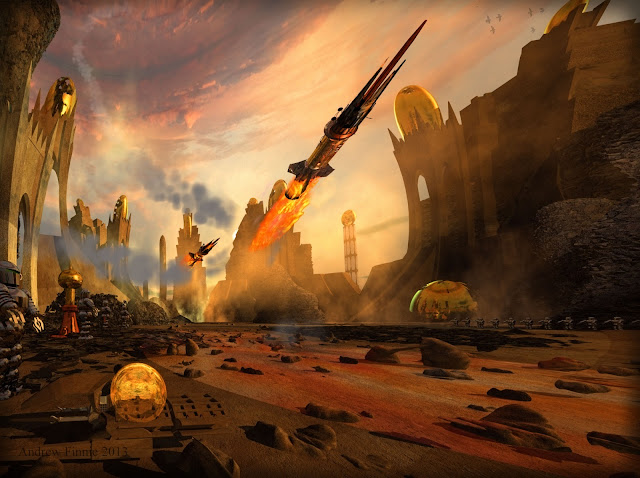 You ever ask yourself where you are going? Where have you been? Where are you now?
In an alternative sense, do you ever ask yourself why you make images?
I used to think we make 'art' because human beings have a basic need to create. We make buildings, children, bowling greens, fruit salads - and scribble over cave walls. All of it satisfies a basic need to make a mark on the planet, to say "yes look, I was here. I existed for a brief moment in time. I made my own lunch."
Now I'm not too sure about that. 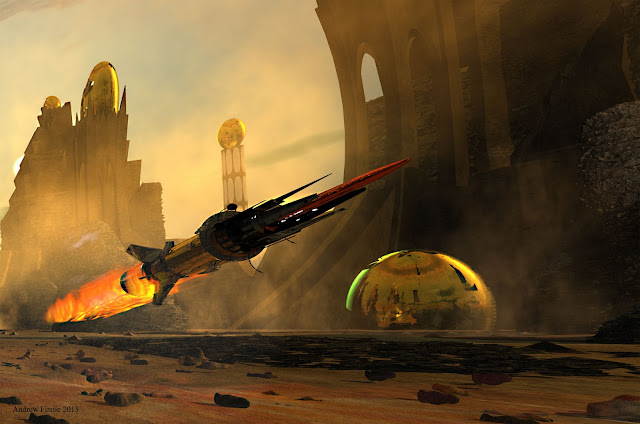 For several years now I've been getting up at 6.oo am every morning and starting to make images. If I'm not going to work then I will work at image making till about 8 o'clock at night. During the day I might have a surf for a few hours or a run - but most of the time I spend doing digital work - or being at the studio. And the days I go to "work" I still work on images for 5 or 6 hours.
I guess I'm obsessed. 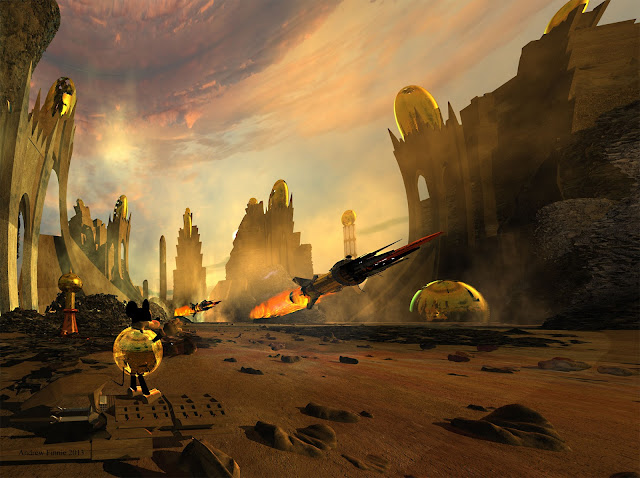 Then last week,  for the first time in several years, I lost my inertia. At last.
I guess that's a good thing.
Take as examples of excellence in obsession our friends Van Gogh and Gauguin.
Van Gogh and Gauguin don't need first names because we all "know" them so well. They were both obsessed and that's why they made such beautiful work. Still, Van Gogh being obsessed with being a priest, then being obsessed with a young girl, then his art, then his ear - died at the age of 37. And his friend Gaugin, obsessed with his own self importance, his own confidence in his art, abandoned his wife and children and ran off to Tahiti to die at the age of 54.
Strange eh? To sacrifice happiness in the pursuit of happiness. 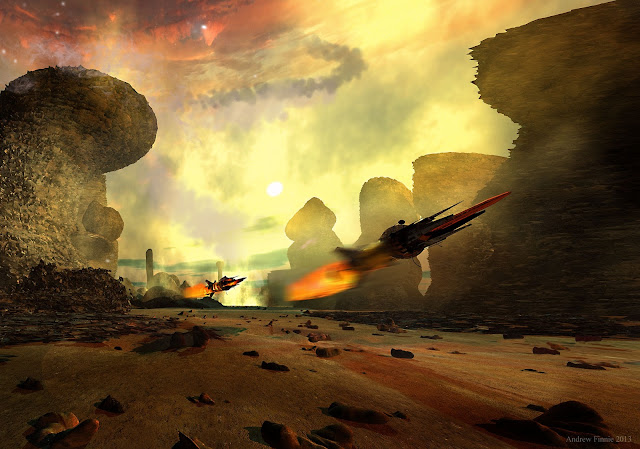 So where is this going? Where am I now? Who have I been?
I have no idea.
But I can tell you that I've been watching the tour de france for a while now and all those little bike riders when seen from above seem to me to be a metaphor for life, that they are riding along in this mass of changing colours and whirr of wheels governed by their own strange laws - the marshal vehicles, the sides of the road, the nutty spectators who run along side them yelling 'allez, allez!"
Their ultimate aim of course is to create a metaphorical Zygote somewhere on the Champs Elysees, stand on a podium and hold "it" above their heads and say "Look at me. I exist! See I have this big gold thing in my hands and everyone in the world is looking at me."
An alien seeing it all would just shake both their heads and say "gummahgoo" or what ever is alien for  "what are they doing, where are they going and I wonder if those men in tight shorts taste any good with space ship juice." 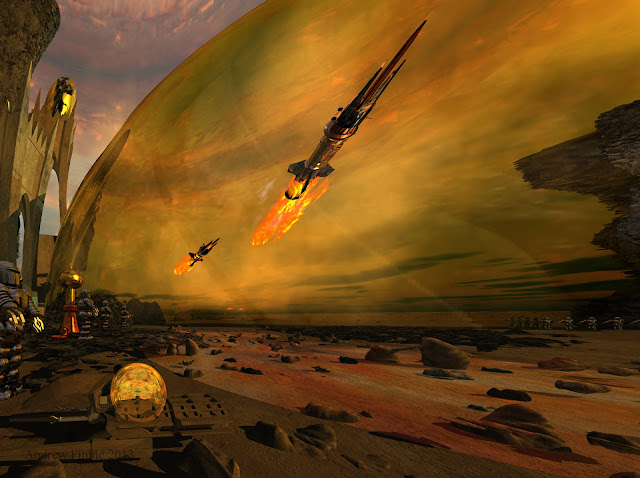 These image for IF's "Travel', inspired as they were by the OMNI magazine of my youth and images by people such as HR Giger and Ben Bova induced mythology. No to mention Ray Bradbury's The Silver Locusts.

I know they are the kind of thing a geeky kid might scribble in the back of his text book during religious studies - but what the Hell eh?


Thank you for looking :)  The images are all about 2000 pixels so if you click on them you can see the grains of sand.

I hope none of you are contemplating having your ears cut off or running off to Tahiti with a paint brush in one hand and a chisel in the  other.

The Silver Locusts
Ben Bova
OMNI Magazine
HR Giger
Gaugin's Where Do We Come From? What Are We? Where Are We Going?